‘Being the Ricardos’: The sad and strange ‘New Year’s Day edition’ of ‘I Love Lucy’

In what would be a fitting capper to the “Being the Ricardos” series, Life magazine put out its famous Christmas issue after “I Love Lucy” went off the air on Dec. 27, 1957. Time… 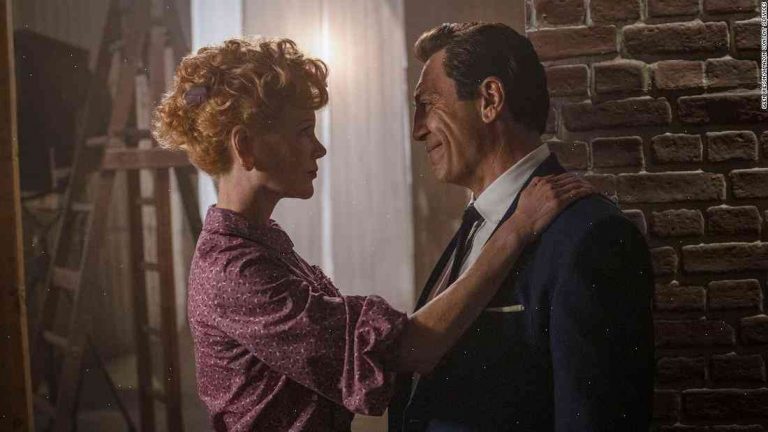 In what would be a fitting capper to the “Being the Ricardos” series, Life magazine put out its famous Christmas issue after “I Love Lucy” went off the air on Dec. 27, 1957. Time to call it quits, right?

Not so fast. Times called the “New Year’s Day edition” a “vintage update” that “puts eight of the weekly’s top headlines into the laps of the viewers who were the mainstay of ‘I Love Lucy,’ ” according to USA Today.

There was a case of journalism in the Christmas issue, to be sure. But there was more to it than that. The news about the “New Year’s Day edition” came from the fact that Life wanted the issue to look a little different — darker and the covers greener, according to the magazine. To add to the bleakness, Carol Vindel, then the Managing Editor of Life, told ABC News that the cover by the iconic photographer Y.H. Yang would be a “conscious attempt to really put a human face on Lucy and Ricky.” And it would do so with the poorest couple on television.

Lucy was born in New York and her father worked for General Electric, so the assignment for Yang to show the Duke and Duchess of Sussex was a good fit for the brash nuclear household, according to AdWeek.

Yang’s version of Lucy looked nothing like the three other pop culture figures that had appeared on the cover since “I Love Lucy” came on the air. They included Beatles legend John Lennon and his girlfriend Yoko Ono, which pushed the opposite “black and white” angle.

John F. Kennedy Jr.’s photo on the December 21, 1986 cover, “Take Two,” added an extra-dark hue to the unlikely match-up. A re-run of “I Love Lucy” made an appearance on the cover of Life’s 1956 issue but, again, the arrangement wasn’t the same. In addition to updating the color scheme, Yang also added a little extra — literally: the pair featured on the cover of that issue were playing in a video game in Times Square.

Adding to Yang’s get-up on the end of “I Love Lucy” was the new “house pet”: a brothel, a horse, in this case named Snuffy, who made several appearances on the cover of the “New Year’s Day edition.” According to an article in Harper’s Bazaar, the inclusion of Snuffy prompted Lu and Ricky to “hurl torrents of curses into the air” when Lucy spotted the dog sitting on his owner’s lap.

While Yang’s latest chapter in the life of Lucy Ricardos might be over, the look of the screen was never entirely blank.

Read the full story at Time.

Behind the scenes on The Simpsons’ final run