Offer would appear to endorse an agenda from Unifor and possibly labour standards in Ontario Toronto’s new Progressive Conservative leader, Doug Ford, has announced that the head of the province’s largest public sector union… 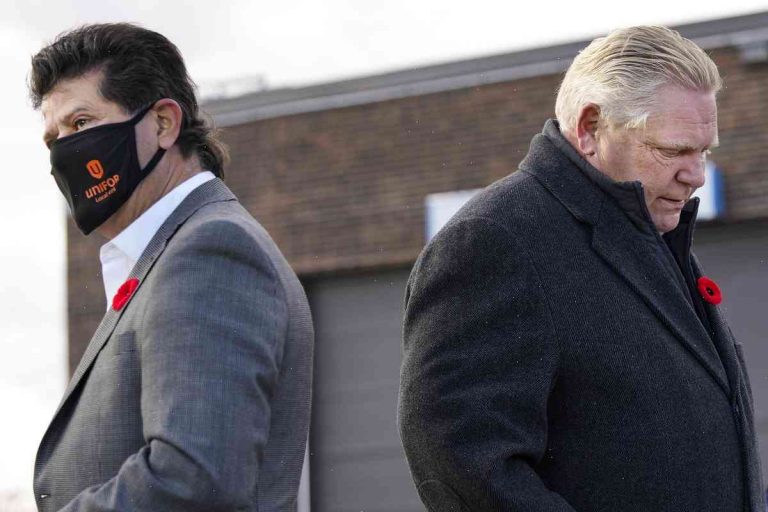 Toronto’s new Progressive Conservative leader, Doug Ford, has announced that the head of the province’s largest public sector union will chair a special committee to advise on creating new legislation to better protect jobs in the automotive sector.

Ford has named Jerry Dias, the national president of Unifor, to head a task force that will consider addressing non-compliance by employers with labour laws, including minimum wage laws and collective bargaining agreements, according to a news release announcing the appointment.

Ford is an outspoken supporter of scrapping Ontario’s provincial carbon tax as part of his jobs and growth platform, but at the same time his immediate predecessor, Kathleen Wynne, has also backed a national carbon tax as a way to combat climate change.

For Ford to reach his stated goal of creating a “wonderful place for both young people and families”, the task force will likely look closely at the potential effects a national carbon tax would have on the automotive industry and agree upon a direction that will work best for the province.

On Friday, Ford also announced his intention to seek to dismantle Ontario’s cap-and-trade system, which was introduced under the Wynne Liberals and which is overseen by Ontario’s climate change minister, Glen Murray.

Murray has played a role in overseeing the rollout of the carbon tax and cap-and-trade systems in other provinces.

The province’s second-largest province, Ontario has been one of four in Canada that has implemented such a scheme and saw its production of greenhouse gas emissions drop almost 12% between 2016 and 2017, according to a report by the Ontario Ministry of Environment and Climate Change.

Opinion polls show that the Progressive Conservatives have a chance of winning Ontario’s provincial election, expected to be held in June, 2019. Ford announced in March that he would seek to oust Wynne from the top job.

Wynne made no mention of the task force on Friday, but she also did not directly respond to Ford’s position regarding the national carbon tax.

“I’m going to concentrate on the things I can control, which is doing my best every day to actually engage with business, improve the province’s economy, create jobs,” she said.

Wynne said that the province plans to ramp up efforts to promote clean energy like wind and solar power as a way to mitigate climate change.

“I’m not backing down on tackling climate change,” she said. “[That] is the right thing to do for our children and our grandchildren, but I will also be asking the businesses that are here and have a stake in our economy that they make every effort possible to look at how they can continue to drive change and improve climate change in our province, as well as in the rest of the country.”

Reacting to the news on Twitter, Dias said he was “honoured” to be working with Ford on a clean economy agenda and that the task force will focus on measures that will eliminate problems for workers and businesses.

“Ontario’s economy could be even more successful and create more jobs if we all made it a priority to grow and innovate,” Dias said.

Ford’s news release said the cabinet would be briefed on the committee’s recommendations when it meets on Monday.