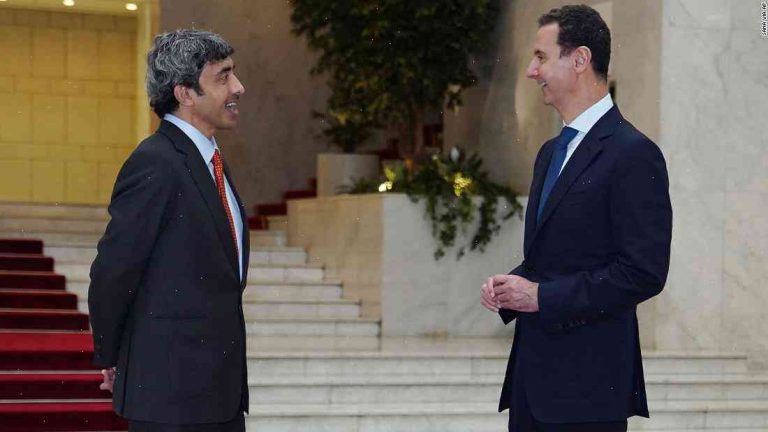 Mohammed Al Shehhi says Foreign Minister Anwar Gargash met with Syrian President Bashar Assad in Damascus Monday and emphasized the need for the UN to fulfill its mission to help the Syrian people.

The official said Al Shehhi was accompanied by officials from the Dubai-based Emirates Group, which includes Emirates Airlines and Etihad Airways.

Foreign Ministry spokesman Ayman Al-Muqdad said Monday that the UAE and Syria are partners on the war against terrorism and for the success of the ongoing political transition in Syria.

Al-Muqdad said Assad, who has ruled Syria since 2011, “looked happy.”

Coincidentally, tensions between the UAE and Qatar have also escalated recently.

Al-Muqdad didn’t respond to a question about the ongoing crisis with Qatar.

Qatar, an ally of Iran, recently cut its ties with the UAE, accusing the latter of backing and funding terrorists. Qatar retaliated by closing land and sea land border crossings with the UAE and accused the Gulf nation of interfering in its internal affairs.