I haven’t been a huge fan of Nathan MacKinnon’s the last couple of years, but I watched him this weekend in Buffalo and it seems like his numbers are down a lot this season…. 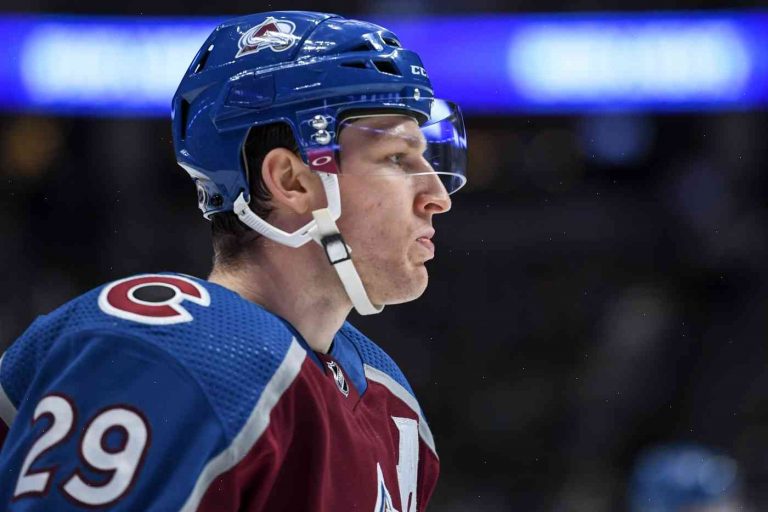 I haven’t been a huge fan of Nathan MacKinnon’s the last couple of years, but I watched him this weekend in Buffalo and it seems like his numbers are down a lot this season.

If I’m trying to figure out where his decline is coming from, I think it’s probably from injuries, in particular his MCL in his knee (he has been plagued by those injuries the last couple years). He was in a position as the team’s captain to realize what’s missing and produce a better campaign than he has, and I believe we saw some of that quality in his performances this weekend in Buffalo. He has a chance to be a great player and force the coach to start going to him more.

Joe and I both agree that MacKinnon is one of the best players in the game right now, and if he can stay healthy and hit his peak, I think the Avs are a playoff team again. What would you say is an area for MacKinnon to improve upon? Does he need to be better against forwards with offensive skills, especially if he’s going to take over the #1 leadership role again next season?

You put that last one in your last question. He clearly needs to improve. But that question is a little silly. His league average point production is better than anyone’s in the league right now, including the big four–Nikita Kucherov, Tyler Toffoli, P.K. Subban, Connor McDavid. That doesn’t mean he is statistically “No. 1” on the team in nearly a century of hockey, but he is statistically better than everyone on the team.

I think one of the reasons his career has been so inconsistent is because he’s been injured so much. I really think he will be a great player again.

I know you can’t make a guarantee, but did you ever give as much consideration to trading Matt Duchene or Gabriel Landeskog at the deadline?

I don’t think I gave it much thought. I’m sure I’m full of it now, but if you’re dealing either of them, you’re pretty far down the road to the offseason.

I think it’s become obvious that the biggest issues in the Colorado Avalanche franchise right now is their mistakes with draft picks, and, before that, finding successful starting goalies. Do you think the team has given the GM enough money this summer to deal with those issues? Or do you think he should be given more money to revamp the roster and fix the goaltending?

I think the GM should be given more money. If the Avs miss the playoffs this year, I wouldn’t blame him at all for simply not signing any long-term deals, as he probably couldn’t find anyone to sign him.

That being said, I do think this is his last year as GM, though his contract runs out in 2020, and this is not a situation where the Avs just want to give him a home run shot. The team has tried to improve in different ways–fast-tracking Zach Redmond, helping out Devin Setoguchi for a couple of years–and they haven’t reached the limit of what’s possible. If the team isn’t the best team in the league, I think they want to go out and change that by basically throwing out the current regime and making a strong effort to re-sign their own players, whether that’s next season or the next few years. There’s talk of a nice three-year deal for Carl Soderberg, and I’m not saying it wouldn’t work, but I don’t think it’ll happen.

Other Questions submitted by readers:

M – will Owen Tippett be traded?

e – Has Matt Duchene looked a little too good lately?

T – Who are the four forwards on the team to watch this season?

Lewis Hamilton’s brother talks to The Times about his brother, motorsport and finding his comedy side