This article is over 1 year old How a 19-year-old writing her thesis about Dr Chaucer and Shakespeare channelled her inner Lilliputian into a 14-year-old YouTube star Queen’s Gambit: Meet the real Beth Harmon… 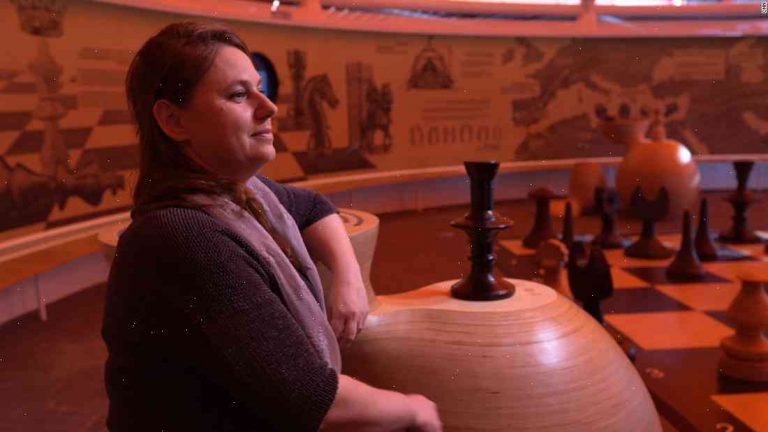 This article is over 1 year old

When Michael Moore was recently writing his documentary where he enters American schools to teach some message of positivity, his director’s chair featured a pajama-clad teenager wearing a headset.

Beth Harmon might not be a student but certainly looks the part, and she’s grown into quite a personality.

Having hit one million YouTube subscribers, Beth Harmon has also landed a modelling contract with Victoria’s Secret and even has her own YouTube series which sees her visit local US schools to educate students on mythology.

Her Discover & Engage video series has racked up more than 2m views.

The series has quite the glitterati flavour with Beth getting involved with football team Notre Dame and her spellbinding speech during the Grammys.

She is also a research fellow in English at the University of Notre Dame.

In an odd coincidence, she also bears a striking resemblance to rapper Britney Spears and quite a bit to Hobbit Bilbo Baggins himself, Ian McKellen.