There’s a new report on the supposed benefits to taxpayers from a taxpayer-funded system of private trash hauling, but you’d be forgiven for thinking the city is still backing the private haulers. Toronto is… 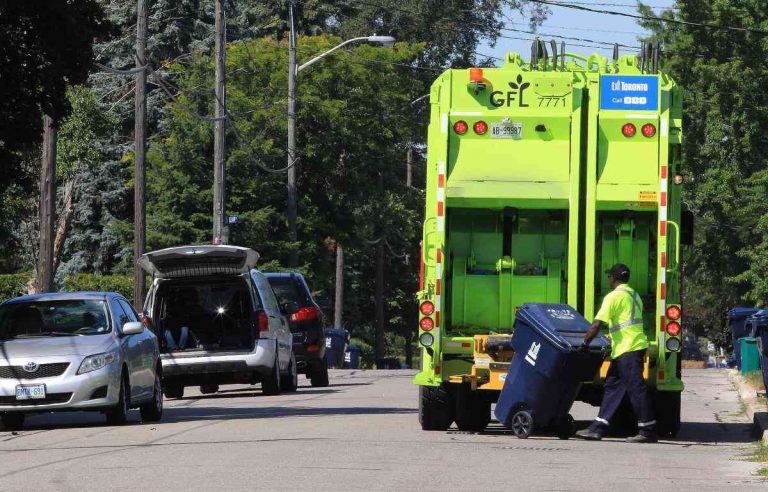 There’s a new report on the supposed benefits to taxpayers from a taxpayer-funded system of private trash hauling, but you’d be forgiven for thinking the city is still backing the private haulers.

Toronto is supposed to save millions of dollars by contracting out some of its public refuse pickup. But the new report (pdf) for Toronto is frankly about waste, not cost savings.

Whatever the benefits of doing so, putting limits on these kinds of transfers away from public institutions amounts to taking advantage of the city to write a $13,000 cheque. It sounds like what we’ve always said: private trash haulers aren’t always the best for the city.

Councillor Glenn De Baeremaeker argues that we can’t do without them. But the report cautions against concentrating services in the hands of private companies. I can understand the potential benefits of looking at options that may save taxpayer money – but choosing one when it comes to the services we already have doesn’t make sense. We already have service choices, we just don’t like them.

One of the main arguments against contract negotiations for waste and recycling is that it creates more bureaucracies that make things too complex for the taxpayer to understand. It’s important to keep in mind that we don’t want these lots to become another layer of Toronto bureaucracy.

Indeed, a city that already has too many government bureaucracies seems to have quite a glut of bureaucracy. The garbage mess was caused by, among other things, too many former bureaucrats and their incompetent underlings. Failing to privatize refuse collection didn’t hurt.

The city of Toronto also wants to put limits on these kind of transfers away from public institutions, instead of opting for privatization? Who’s next? What about the school board? Or the museum?

In London, the report points out, “This approach has resulted in great public benefit, largely in the sense that private companies don’t represent a significant departure from the standards we have established for city-run services.”

I agree, but for those voters who are given the last laugh, they are happy to have outsourced everything from health care to city hall. The lesson was clear: if you want a distant city government, privatize. If you want clean, efficient city services, don’t do it yourself.

This kind of misguided control over taxpayer dollars hurts taxpayer-financed institutions more than it helps. Private colleges don’t have to break their community down and fight the doors down for tuition. Tertiary institutions save nearly $1bn every year, compared to the non-profit sector that has to plead for what they do have.

What’s more, a private institution has complete control over tuition – it doesn’t have to charge the same for everyone, because that would be a problem. You can bank on private institutions to step up and provide better and more quality than you can do at a non-profit.

And that’s the lesson of their success: public institutions can do less than they would if they had to compete for it. The private sector has the options to overcome the hurdles that public agencies face. That’s why we should keep government out of education, health care, the library, fire, police and garbage collection.

At the very least, city governments should focus on supporting the existing public sector. Stay in public service or start competing in private. The private sector has the political capital to achieve quality services at a better price. We shouldn’t encourage it by sharing our cash.